The US Air Force has declared that the Northrop Grumman AN/APG-83 scalable agile beam radar has met full operational readiness for use on the Air National Guard’s Lockheed Martin F-16s.

The US Air Force has declared that the Northrop Grumman AN/APG-83 scalable agile beam radar has met full operational readiness for use on the Air National Guard’s Lockheed Martin F-16s.

The electronically scanned array fire control radar is intended to help fighter jets with homeland defence missions for US Northern Command, which is tasked with defending air, land and sea approaches – out to about 500nm (926km) – of the continental USA, Alaska, Canada and Mexico. 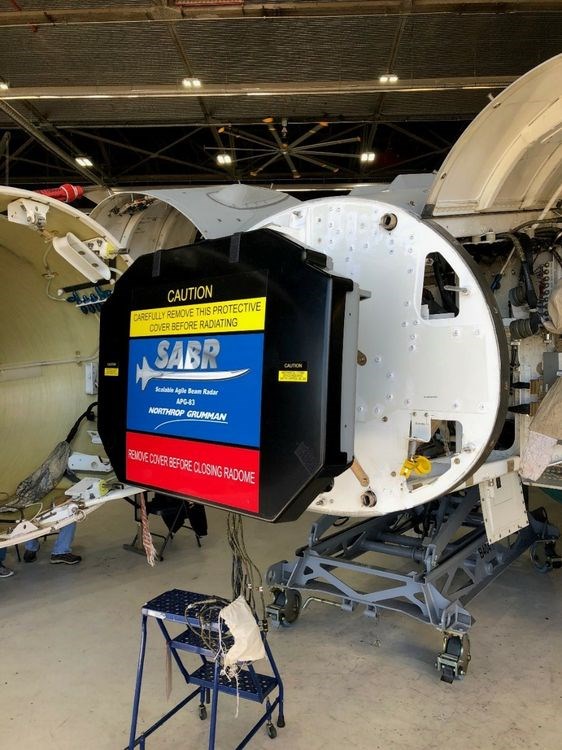 The first radar was installed on an Air National Guard F-16 in January and the upgrade programme is ongoing.

“[Scalable agile beam radar] enables F-16 pilots to detect, track, identify and target a greater number of threats faster and at longer ranges from outside the threat envelope,” says Mark Rossi, director of the scalable agile beam radar programme with Northrop Grumman, on 15 October. “This upgrade will keep the multi-role F-16 fighter relevant and capable for decades to come.”

The AN/APG-83 is higher-resolution than previous radars on the F-16, which enables more-precise target identification and strike, even in poor weather conditions, says Northrop Grumman. The radar also has a longer, yet undisclosed, target detection and tracking range than older systems, the company says. In addition to aerial targets, the radar can track fixed and moving ground and sea targets.

Some of the capabilities of the AN/APG-83 are borrowed from the Lockheed Martin F-22’s APG-77 and F-35’s APG-81. Both of those electronically scanned array radars are made by Northrop Grumman. The company claims the shared components, and design and manufacturing processes, makes the AN/APG-83 less expensive.