Nok Air’s pre-tax losses deepened in the third quarter to Bt2.59 billion ($86 million), from Bt482 million in the year-ago period.

The Thai low-cost carrier attributes its poorer financial performance to the Covid-19 pandemic, while new accounting standards and the liquidation of subsidiary NokScoot were also contributing factors. 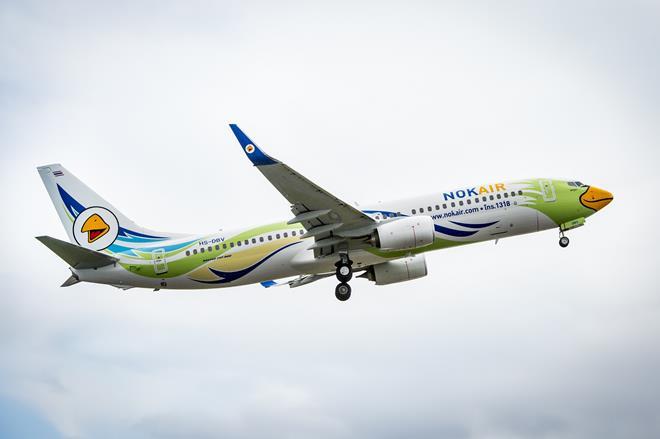 For the nine months ended 30 September, Nok posted pre-tax losses of Bt4.65 billion, compared with Bt1.39 billion in the corresponding nine months of 2019.

During this period, passenger and service revenues declined by 48% year-on-year to Bt4.76 billion, while the associated cost was down by 43% to Bt5.6 billion.

Nok also disclosed that on 7 October, leases on two of its aircraft were terminated early “because the company could not comply with the conditions as specified in the aircraft lease agreements”.

Nok ended the third quarter with a fleet of 22 aircraft, including 14 Boeing 737-800s and eight De Havilland Canada Q400s.

Earlier this month, a Thai bankruptcy court greenlighted Nok to restructure under a business rehabilitation process, the same bankruptcy protection compatriot Thai Airways was approved for in September.

“During this period, the company is able to continue its necessary activities for operation as usual in order to enable the company to continue as a going concern for at least 12 months from the date in the statement of financial position,” Nok states.