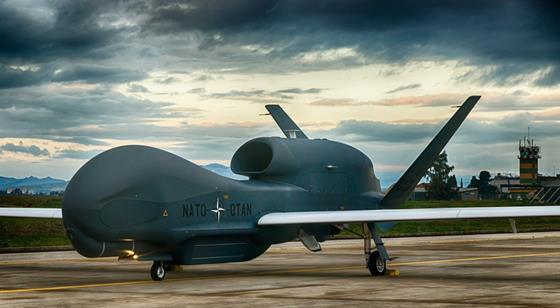 NATO has purchased and received five RQ-4D aircraft, in addition to ground control units and support equipment. The final UAV was received in November 2020.

NATO RQ-4D UAVs are based on the US Air Force’s RQ-4 block 40 Global Hawk.

The UAVs are to share intelligence, surveillance and reconnaissance (ISR) information with all 30 members of the NATO alliance. The aircraft will be piloted remotely from Sigonella in Sicily, Italy.

The aircraft are NATO-owned and operated, as opposed to being owned and operated by individual members of the alliance. NATO also owns and operates other aircraft, such as a fleet of Boeing E-3A Airborne Warning & Control System aircraft, Boeing C-17 Globemaster III cargo aircraft and Airbus A330 Multi Role Tanker Transport aircraft.

The RQ-4D can fly for more than 32h at up to 62,000ft. The UAV typically carries ISR sensors, such as electro-optical/ infrared cameras and synthetic aperture radar for taking photos over a wide area of the ground.