NASA is preparing to fly the first unmanned robotic rotorcraft on another planet after its latest rover successfully landed on the planet’s surface on 18 February.

NASA is preparing to operate the first unmanned robotic rotorcraft on another planet after its latest rover successfully landed on the planet’s surface on 18 February.

The US space agency says that the rover, named ”Perseverance”, arrived at Jezero Crater, a 28-mile-wide basin in the planet’s northern hemisphere, without incident after a seven-month journey from earth. In the coming days the agency will prepare the autonomous rotorcraft, called “Ingenuity”, for flight. 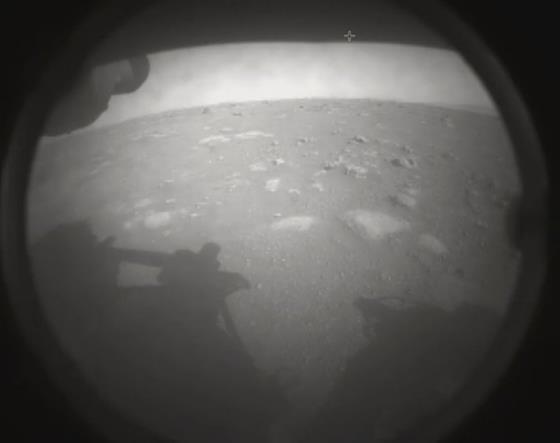 It would be the first time that powered, controlled flight has been attempted on another planet, NASA says.

MiMi Aung, the helicopter mission’s project manager, says during a NASA live-stream of the landing that Ingenuity is due to take five flights, increasing in complexity, during a planned 30-day test flight phase.

The small helicopter, which weighs about 1.8kg (4lb) and has a rotor diameter of approximately 1.2 metres (4ft), was transported in the belly of Perseverance, and will be dropped gently onto the planet surface when it is ready to fly. The rover will then move away from the craft in order to film the flights.

”Ingenuity is intended to demonstrate technologies needed for flying in the Martian atmosphere,” NASA says. ”If successful, these technologies could enable other advanced robotic flying vehicles that might be part of future robotic and human missions to Mars.”

NASA adds that possible future uses for such a helicopter could include delivering a unique viewpoint of the surface that is currently not possible from orbiters flying high overhead or ground-based landers. It could also deliver high-resolution photographs that could assist in reconaissance, as well as accessing terrain that is difficult for rovers to reach.

The rover and helicopter were launched from earth on 30 July 2020.