The system now integrates with a simulator designed to train ground personnel, such as forward observers and combat controllers, the company says on 16 November. 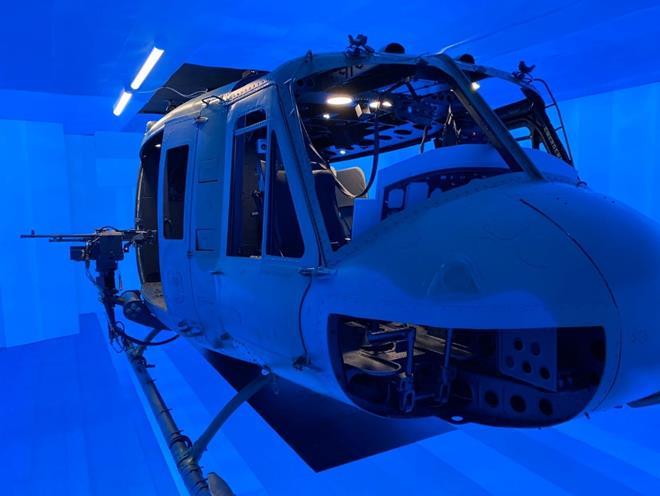 Kratos is pitching the connected simulators as a more-realistic and cheaper way to train helicopter crews and their ground counterparts on missions such as aerial assaults.

The integration allows “ground personnel – including joint-terminal-attack controllers, forward observers, fire teams and combat controllers – to collectively train with their aircrew as they would engage with them in live-fire situations”, says the company. “In this mixed-reality environment, the aircrew and ground party train together, experiencing the sights, sounds and haptics of simulated combat missions, while saving the cost of flight time, fuel, ammunition and more.”

Because the simulators are built inside shipping containers, the systems can be broken down and shipped to sites as required by customers, the firm says.

Kratos’ Aircrew Combat Mission Training system can simulate Bell UH-1 or Sikorsky UH-60 helicopters. “When configured for the [UH-1], it can simultaneously train up to two pilots and two flight engineers at their crew positions in the same immersive environment,” the company says.