The firm commitment is on top of the Athens-based carrier’s recent decision to lease two A320neos from ACG Aviation Capital, Airbus notes in an announcement today.

“Our co-operation with Airbus, through the acquisition of six brand-new Α320neo aircraft, meets our ambition to modernise our fleet and have our company transition to a new era,” states Sky Express owner Ioannis Grylos. 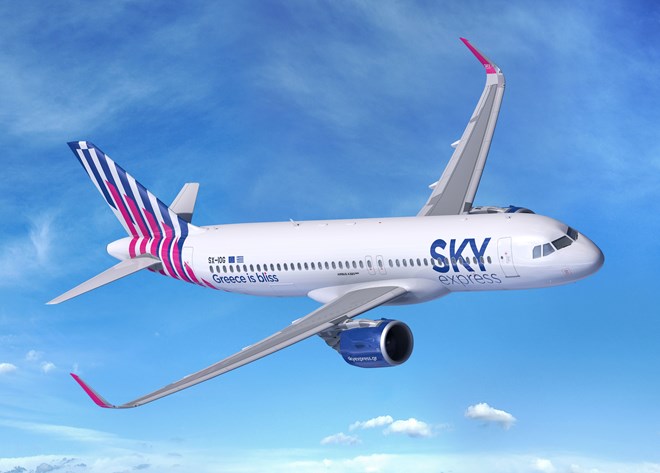 Airbus chief commercial officer Christian Scherer adds: “It is good news that Sky Express has chosen the A320neo to expand its operations and destinations to an international European network.”

The aircraft will be powered by CFM International Leap-1A engines.

The regional carrier, which has historically specialised in flights between the Greek islands, is a new Airbus customer. It entered the coronavirus crisis with an in-service fleet featuring six ATR 42s and five ATR 72s on 1 March, Cirium fleets data shows.